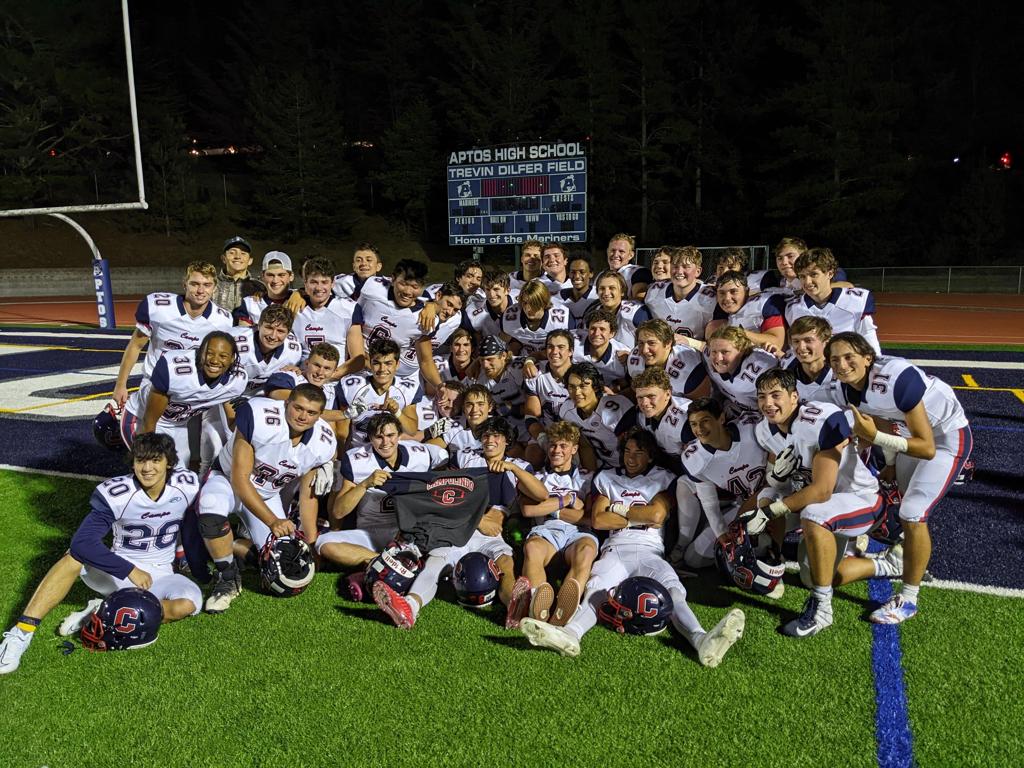 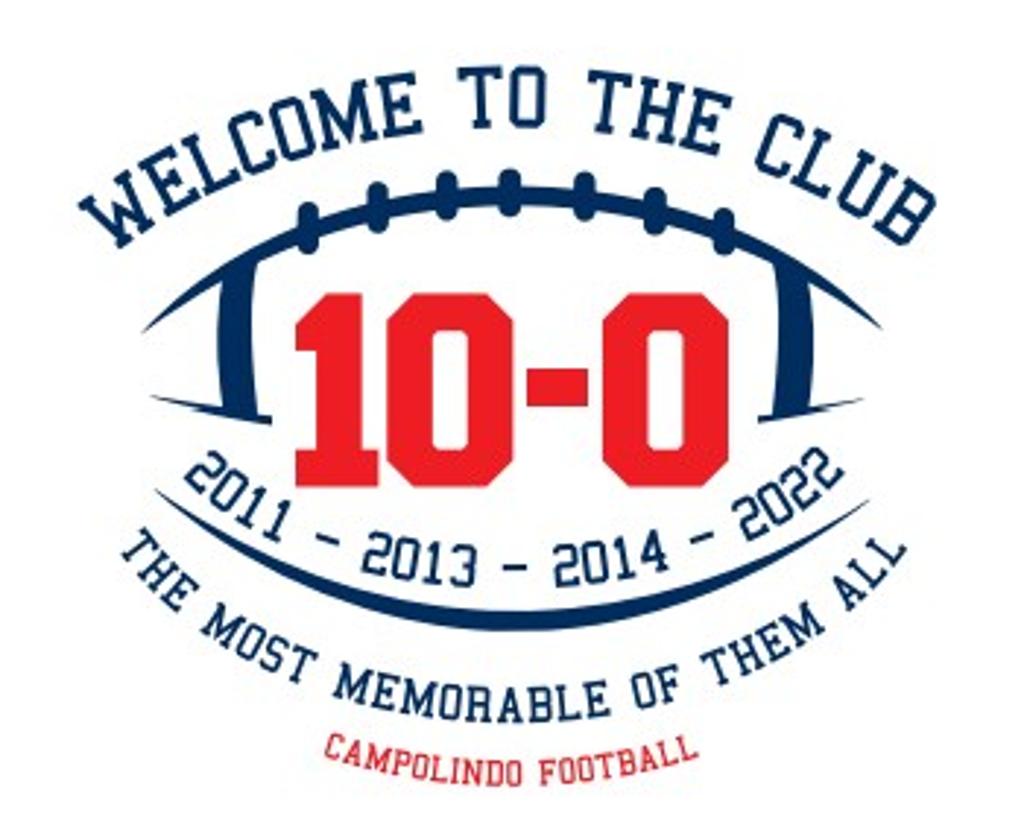 As the Campolindo varsity football team poured onto the Aptos field after the Cougar offense took a final knee that would run out the clock, a joyous sideline sensed the game was more than just a win. A year earlier, an experienced Aptos team, masters of the Wing-T offense, carved up the Cougars in front of a large Moraga crowd. The loss was not the unexpected part of the evening, but rather, it was the size of the loss, 49-0. It was the first shutout in Coach Macy’s 42 years of coaching. The following morning, Coach Macy received calls from reporters asking if the score was a misprint. A subsequent article was entitled, “What ever happened to Campolindo?”

The majority of sportswriters and website pundits predicted an Aptos victory for the rematch, and why not, the Mariners had dismantled a powerful Oakdale team in its season opener. After the team handshakes concluded, the Cougars retreated to an end zone corner for a customary game debrief from the coaches. The 30-22 comeback victory was noteworthy by the Cougars’ offense controlling the second half and limiting the high-powered Mariner offense to only 12 plays. As Coach Macy addressed the kneeling team that was surrounded by parents and fans that made the three-hour commute, he referenced the phone calls from a year prior and exclaimed that he will get the same calls the next morning from reporters asking if the score was correct. The gleaming players’ faces portrayed their understanding of the historical significance of the victory.

The rest of the varsity coaches spoke one by one extolling compliments to the team for its resilience in rebounding from a rough start that saw Aptos with a 14-2 lead before a gritty Campo offensive drive produced a touchdown with seconds remaining in the first half. The 14-9 halftime score offered hope when considering the Cougars would receive the second half kickoff.  Coach Macy’s halftime assessment included a declaration that “the offense will need to be the story of the second half, not the defense.” Campo’s defense made its mark in the game by limiting the damage related to the first three Cougar offensive possessions ending in turnovers. The memory of last year’s nine turnovers haunted the team throughout the off-season, and now turnovers looked to return and deal the same fate. Though the defense stood tall in the first half, fatigue was evident after spending the majority of the first half on the field. Coach Macy knew he could not ask any more of this defense.

The offense was challenged to produce a time-consuming opening drive that would give the Cougars a lead and, equally as important, limit the amount of minutes the defense would be on the field. The Cougars employed a strong running game in the second half combined with strategic dazzling pass plays to capture the lead 16-14. As feared, the Aptos offense moved quickly through the Campo defense to reclaim the lead at 22-16 with a TD and two-point conversion as the third quarter came to an end. Each team had only one offensive possession in the third quarter. The start of the fourth quarter witnessed more ball control running and critical pass completions that demoralized the Aptos defense. The Cougars would recapture a 23-22 lead and now ask the defense to protect it.

A healthy Aptos kickoff return was followed by more efficient execution on the complex Wing-T deceptive offense. The Mariners were in a position to exploit an exhausted Campo defense and restore the lead in front of a large home crowd. However, deep in Cougar territory, the Campo defense forced Aptos into a fourth-and-2-yard situation. Both sidelines knew that the next play was where the outcome of the game would teeter. The Cougars would use their last ounce of defensive energy to swallow the Aptos QB as he attempted to get outside on an option play. The task now fell to the Cougar offense to make sure the Aptos offense would not get another opportunity.

It was now an Aptos defense that was being sliced-and-diced by a Cougar offense reminiscent of the fate a Cougar defense suffered a year earlier. The Cougars would exhaust the remaining fourth quarter clock delivering an exclamation-point touchdown. Aptos would run two more futile offensive plays, bringing their total number of second-half offensive plays to 12. The second-half “numbers” were stunning, just like the final 30-22 score.

As the Campo coaches concluded their postgame addressing to the players, Coach Macy finished the evening by turning to the parents and asking them to raise their hands if they were in attendance at the stunning playoff upset of San Ramon the prior year. He reminded them that he announced to the crowd, “You are so lucky to be here. You have just witnessed one of the greatest games in Campolindo football history.” Coach Macy followed that with a proclamation that, “You have just witnessed one of the most memorable games in Campolindo football history.”